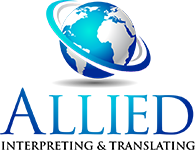 Hello, today we are going to learn about the French language.

French is known as the language of love and romance. People worldwide are quick to say that French is a romantic language because of how the words are pronounced.

In this blog, we will learn all about the French language: Who speaks French? What is the difference in dialectics? What are some fun facts about the language?

Over 275 million people speak French, the national language in over 29 countries.

It’s the fifth most popular language in the world. The first is English, then Mandarin, Hindi, Spanish, and French. With over 7,000 languages worldwide, it’s interesting that so many people speak French.

You can hear people all over the world speaking French, but some of the most popular places are France, Canada, and Algeria. In saying that, Africa is the continent that speaks the most French.

What is the difference in dialects?

There are up to 28 dialects of French that all vary slightly.

For example, in Northern France, “Belgian French is very similar to French spoken in the northern regions of France. Champenois is the language of the Champagne region which is on the border with Belgium. Picard is another dialect from the north of France.”

What are some fun facts about the language?

One fun fact is that about 45% of modern English words come from French. Another is that the French language dates back to before 1200. A third fact is that “e” is the most common letter in French, and it sometimes has an accent on it.

If you’re looking to have content translated or interpreted to or from French, we can help! We work with translators all over the world who speak French, so we can quickly and effectively translate your content.

Please contact us. We would be happy to translate your content and ensure that you’re confident that it’s a job well done. Learn more about our translating services.